It’s rare you will meet someone with perfect spelling. We all have those little words that are a nightmare to write. Thankfully, with an editor to oversee your writing you won’t have to worry about that for any important business content. In everyday life though, from texting to tweeting, you will have to suck it up and spell and here’s some of the most common incorrectly spelled words in everyday language. 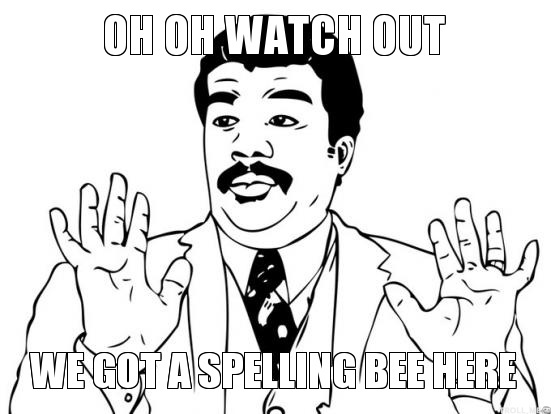 Restaurant = a place to eat, with an ‘n’. Restaurateur = a person who operates restaurants, note: there’s no ‘n’ in there. Anywhere.

You would think it deserves two ‘c’s, but sadly only ever one in each.

It’s a privilege to spell this word perfectly. Not priviledge or privelige. 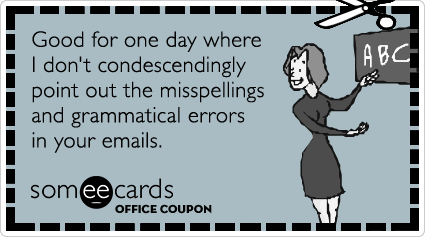 No, not like dissimilar; only one ‘s’ and then think of it like apple + pear together ‘appear’.

You’ll very rarely ever have to write this… but now I’ve got you thinking about it… ‘a’ before ‘o’? Really? 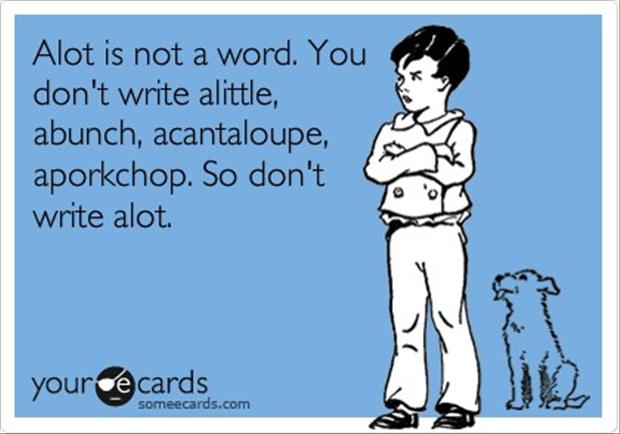 Sounds like it should end in ‘geuse’ but it doesn’t. Speaking of Portuguese, how many people have had trouble writing Rio de Janeiro in this Olympic year?

Tricky! For the former, you’re just gonna have to learn it. The latter? Just vocalise the word: con-science. Easier now?

Bet you didn’t think it was both double ‘l’ and double ‘n’?

That ‘e’ right in the middle, don’t forget about it!

Keep on top of that ‘fore’ not ‘for’. Not the definition differences too. Foreword = a book introduction. Forward = a direction. Bet you never thought to put in that extra ‘i’ in the middle!

You’ve never tried, but bet it would stump you if you did!

Something in you wanted to put an ‘a’ after the ‘e’, right? 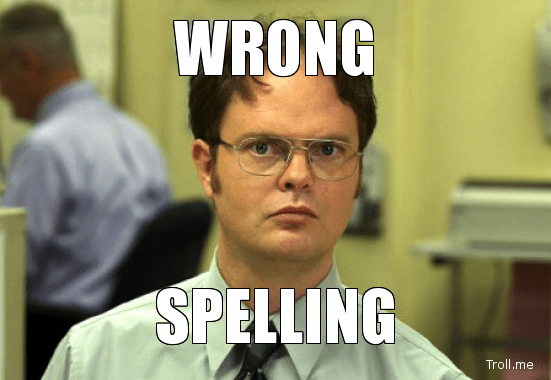 And now some of my personal misspellings (FYI, I misspelled ‘misspellings’ when first writing this):

sentence (I always spelled it sentance, no idea why?)

stationery (I always spelled it stationary, as in without movement. Would you believe I worked for the UK’s biggest stationery brand Paperchase for four years….)

lavender (always get confused with the ‘a’ and ‘e’ letters, note to self: only ever one ‘a’ and it’s at the beginning)

… not to be confused with calendar (the complete opposite, only one ‘e’. In the middle. THIS is why people make mistakes!)

rhythm (why on earth would anyone create this word and spell it like that? Seriously. Have never spelled it correctly on my own on the first attempt to this day) 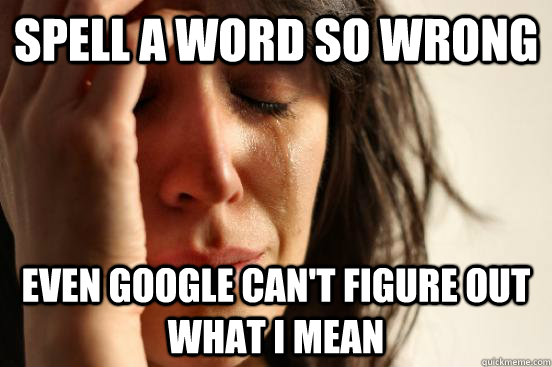 If you’re interested in practicing more spelling or weeding out your own arsenal of misspelled words, Wikipedia has a pretty definitive list of spelling mistakes whilst Oxford Dictionary is always a useful resource.