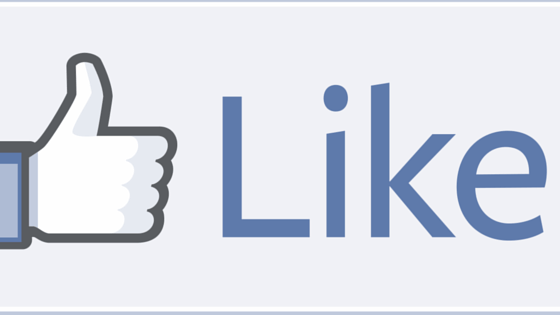 Digital is scary. To the untrained eye it’s actually terrifying. Brands, corporations and businesses big and small are literally throwing exorbitant amounts of money at bloggers, YouTubers and social media ‘influencers’ blindly. By throwing money to the demands of the seemingly-influential they think they’re playing ball. But I’m about to unravel that fantasy. I’m going to, unfortunately, prove you’ve been playing the wrong game, in fact you’ve been in the completely incorrect stadium all this time. Forget likes, forget follower numbers and don’t even entertain the notion of ‘reach’, it’s all about engagement and here’s why you need to value engagement over everything else in digital.

Take this for example: A well-known Instagram influencer in your area is posting one image a day. They have, let’s say 140k likes (many of which strangely appeared overnight or over a series of weeks – that shoddy and rampant practice will be saved for another blog post). Each image they post gets around 5,000 to 8,000 likes. Wowee, jackpot! Right? But most likes are really because of who the person is and not what they’re broadcasting or advertising to their legions of followers.

Now another example: A mid-level blogger, who is up-and-coming but consistent in your area, posts a couple of Instagram posts a day. They have a steadily but slowly growing pool of about 3,000 followers which they’ve tirelessly worked to achieve. Their posts vary in likes, but on average let’s say they get about 75 likes per post.

Now, a company approaches both to do the same sponsored social media update or a blog post highlighting their product/service and the results are exactly what’s outlined above. Let’s break down the engagement (which is what any digital savvy brand worth their salt should be looking for). Engagement is a measure of how an audience interacts with social media and how big a percentage of an audience is penetrated by one piece of content – it’s the same idea on every social media platform, but each platform performs uniquely in its own way. It’s more than just likes or video views, it’s how many people have really seen and interacted with content rather than how big is your pool to begin with, which is very common sensical and realistic if you think about it. It’s about retweets that further the reach of the content. It’s Snapchat screenshots that are then saved on a potential customer’s phone. It’s comments and tweet replies that further the conversation.

So our two influencers above, the famous influencer has received around 5,000 likes out of a pool of 140,000, which is 3.5% of their audience. The lesser-known influencer got 75 likes from a pool of 3,000, which is roughly 9%. So the lesser blogger has actually gotten 3X what the more “influential” one has. Think about that.

Better yet for the ‘lesser’, most of their likes are probably from people who know them personally and are loyal to their feed, taking their recommendations seriously as they trust them. Yes their pool is smaller, but there’s real and tangible value there.

For businesses, which risk are you going to take? A drastically smaller engagement rate but with the possibility of reaching a wider pool? Or a greater return-on-investment (ROI) from a smaller pool with a likelier chance of attracting genuine potential customers.

This isn’t about taking away from big shot influencers and diminishing the work of well-established bloggers. If you can find these people with 10%, 20%+ engagement, fantastic! Absolutely chase and try to work with them. I’m a business man myself; I know when to make smart business decisions to achieve growth. However, before asking bloggers to disclose their stats (almost all of which are exaggerated), why not call their bluff, play a little smarter and ask for a breakdown of their engagement on specific social media channels. Ask for case studies and examples, see if they can prove to you that they can deliver ROI. You’d be surprised who can’t….

You see, at its heart, social media engagement is a result of trust. Trust is hard-earned, especially in the digital world. It’s so fast-paced and with so much distracting noise, it’s hard to get a real grasp on an audience and prove to even a minute cross-section that they can trust you. It’s why I’ve known brands left red-faced and furious after paying thousands to seemingly influential bloggers or social media darlings only to receive 80 click-throughs and four orders on a product they tried to get publicised to a pool of a hundred thousand and more.

Getting back to ‘reach’ for a second, this is an airy fairy number that you shouldn’t even entertain the notion of. It’s basically the widest pool which any one social media account ‘could’ be a part of at any specific time. It’s always a huge number because it’s the widest and deepest potential lagoon. It’s not definitive in any single way, so don’t ever waste time even considering reach. Definitely never wage a possible working relationship on potential reach. It’s like those people who happily declare they studied ‘X’ degree yet neglect to disclose that they failed the first year and have no degree with which they speak of. Oh but they still “studied” it. A game of two faces…

Social media engagement is planting a seed and watching it grow. It’s not a one-time advertisement, like the posters you whizz past on the Tube, glancing and understanding its point but not picking up any of the information resulting in action on your part. Engagement has a life span. It sparks conversation and question. It encourages reaction and then further action. It sprouts branches and leaves and organically spreads its roots.

Going through a blogger or social media influencer’s channels is a less invasive way of making your product or service known to many and in the right hands (however insignificant they may seem on the surface) it’s an incredibly valuable and rewarding opportunity.

Crunch the numbers, don’t just believe what’s on the surface.

Educate yourself and insist on good social media engagement.